Talking to strangers can be good for you

Talking to strangers can be good for you

When we meet new people, we feel more like we belong

Chatting with strangers has become less common. Even before the pandemic, it was on the decline. We have largely given up the friendly chat with the grocery check-out clerk. Even a “Hello” or “Nice day!” when crossing paths with a fellow pedestrian has fallen by the wayside. Instead, we pass without speaking and without eye contact. Strangers of all kinds seem scary, maybe even dangerous.But lack of interaction may be socially unhealthy for us, according to psychologist Gillian Sandstrom. Working with psychologist Elizabeth Dunn from the University of British Columbia, Sandstrom devised a study that randomly grouped participants to compare coffee shop transactions with and without friendly social engagement.

One group of participants avoided conversation with the barista during their transaction. The other group of study participants smiled, made eye contact and some small talk — making a point to connect.

The participants who did more chatting said their mood was brighter, and noted higher levels of belonging and overall happiness after the interaction. This is the first study to highlight the potential for those positive results due to friendly social moments with strangers, acquaintances or distant friends (aka, “weak ties”).

In a recent literature review, evidence supports adding Vitamin S – for “stranger” – back into our social diet. Researchers and study authors Paul A. M. Van Lange and Simon Columbus explain why contact with strangers is crucial to our social well-being, especially during times of isolation:

The takeaway? Look up from the phone, the to-do list, or the sidewalk. Catch someone’s eye and say hello. Even with a mask, people can see that you’re smiling. According to Sandstrom in an article by The Atlantic, it’s only getting started that’s hard. After that? “You can’t shut [people] up. By the end, they don’t want to stop talking. It’s fascinating. I love it.”

“To assume the best about another is the trait that has created modern society. Those occasions when our trusting nature gets violated are tragic. But the alternative – to abandon trust as a defense against predation and deception – is worse.” – Malcolm Gladwell

Five strangers and what you could say to them

Talking to strangers improves our well-being and sense of belonging. Psychologist Gillian Sandstrom offers a host of resources on how to talk to people we don’t already know. An article in The Atlantic describes Sandstrom’s approach as telling “people to follow their curiosity—notice something, compliment a person, or ask them a question.”

Strike up a conversation with:

The more you talk, the easier it gets.

Ten reasons to talk to strangers

Cleverism co-founder Anastasia Belyh shares insights about how strangers can change your life: 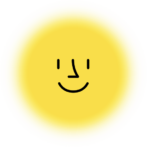